Various claims are made about who started the sport of parkour, but as this 1940s footage shows stuntman  John Ciampa must have one of the strongest. His name is John Ciampa, aged twenty and he’s looking for a job. References? Ability? Well, John’s quite an unusual guy. Here’s what he can do. He can climb a picket fence made by stakes or posts, no special shoes, no balancing pole, just nerve  and uncanny sense of balance.

John has just reached draft age and he’s developing tactics that could make him a one-mam commando squad. 20, 30, 40 feet. No wall to high nor too difficult for this lad. Watch him in slow motion .

The modern craze for the parkour started in the suburbs of Paris in the late 1980s, before spreading to other cities all over the world, like here in China. Jiu Jun Bao is one of a growing number of young city dwellers  who have taken up the sport. Or perhaps, we should call it a form of self-expression which involves navigating the urban landscape by moving on, off and around obstacles, without using any other equipment.

The beauty of parkour is that you just improvise with the environment around you: stairways, railings, walls and ledges, making it a sport that’s accessible to everyone.

So perhaps it’s not surprising that such an affordable and creative form of exercise has caught on among groups of young people in areas of the world where opportunities are more limited, such as in the Gaza strip in Palestine. With unemployment at over forty percent, and 35 per cent of the population living below the poverty line, opportunities are limited here. But there’s no sense of apathy among these youngsters  who are highly focused on staying fit and active and enjoying expressing themselves at the same time.

Injuries (sprains, broken limbs or worse) are an ever-present risk. Landing awkwardly on concrete is very different matter from landing on a rubber practice mat. So one of the first lessons these parkour artists learn is how to fall.

As well as giving them a sense of personal achievement there is always the hope for practitioners of this cool sport that they may one day be asked to perform their art  in a competition, a film or even as professional stuntmen like John Ciampa before them. 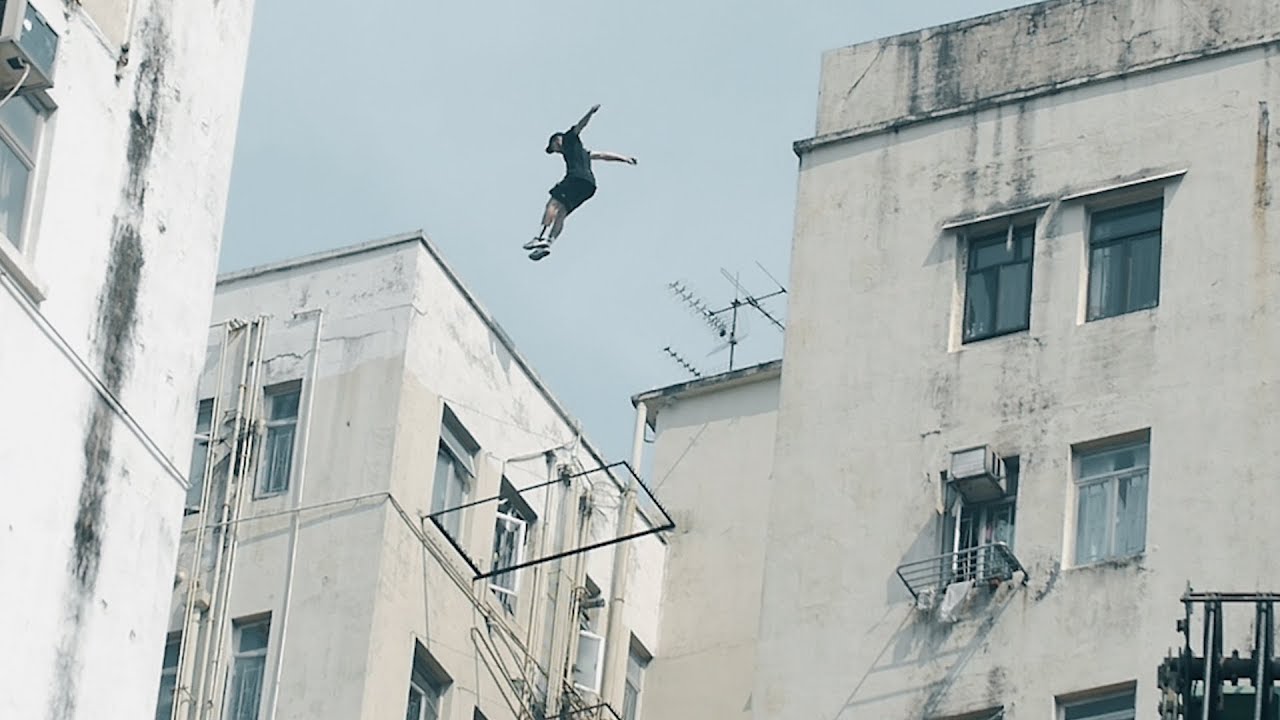