Beam me up, Scottie is a famous line from the popular space odyssey STAR TREK, referring to a device the spaceship has for instantaneously transporting the crew. Science fiction, in other words. So this rule of thumb seems to be used by the traders, time before the 2010 economic crisis.

Can we think that the traders were brainiacs? Yes, because when is about safe stocks, only a person that thinks he is clever but in fact is out of his mind, use science fiction in stock’s trading.

-A huge deep-sea  exploration plays off  the coast of Equatorial Guinea. That is an oil field that is barely been touched. Remember, the stock’s trading roughly 31% off the 52-week high and it is part owned and funded by none other than, guess who… So we know they won’t let anything too bad happen there. My suggestion is that we get aggressive. Agreed?

-I don’t agree. Equatorial Guinea is a pretty though dictatorship. These guys have already nationalized the gold and diamond mines.

-So what’s your point?

-I just don’t think it’s a risk our desks should be taken right now. I’d wait.

-Wait for what? Your “beam me up, Scottie” hydrogen fusion deal?

-Now, you are talking about something else… it is apples and oranges.

-Ok, really? You mean the deal that we already sank $50 million into, Mr.Brainiac?

-Alternative energy is what biotech was 15 years ago, Stan…

-We will all be dead by the time your nutty professor makes us any money.

-Right, this coming from the guy who said Google was a bubble. 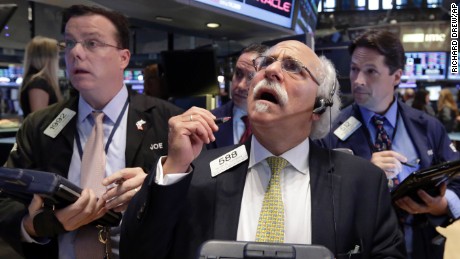